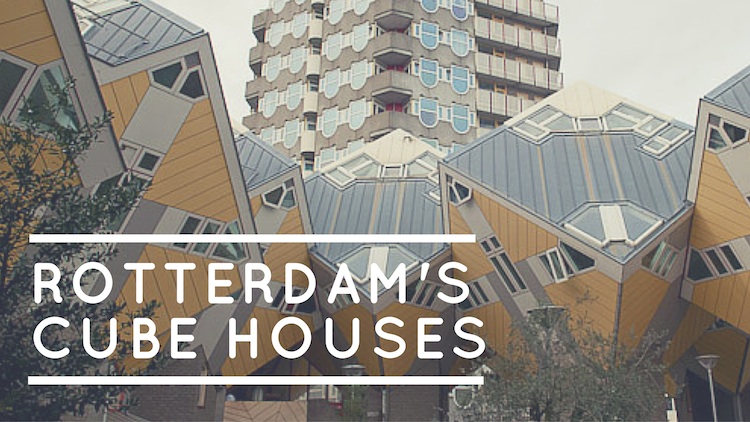 If you’ve ever been to both Rotterdam and Amsterdam, you know exactly what we mean with the big contrast between the two cities. While Amsterdam is all cute and traditional in its architecture, Rotterdam is a modern city with a totally different environment and a slightly colder feel to it. The explanation is all to be found in the Second World War, when Rotterdam unfortunately got almost totally destroyed during the bombings. The post-war rebuilding of the city – which until then largely resembled Amsterdam – transformed it completely and gave it a modern, but sterile feel, where practicalities had to be the first priority and later the aesthetics.

First in the seventies the discussion started in earnest about revitalizing the city-scape and making the city more attractive. Visiting Rotterdam today is in many ways an architectural marvel, where modern design is making the city a top-notch destination to visit for modern architecture fans. 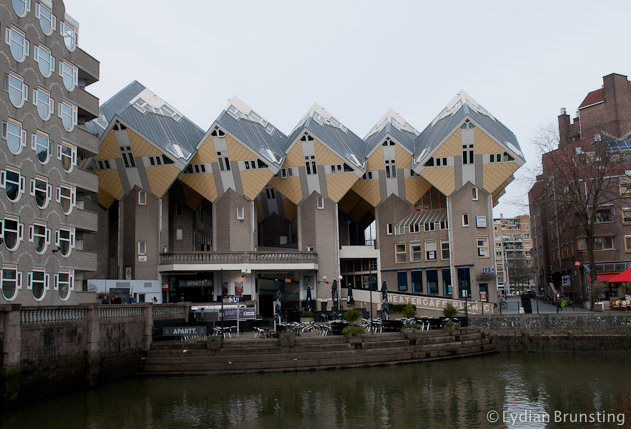 One of the early revitalization projects in the city was the initiative involving the famous Dutch architect Piet Blom, requested by the city municipality in the mid-1970s. What not everyone knows is that the cube house complex as it’s called – Kubuswoning – in Rotterdam is actually not the first one built. The first versions were erected in the nearby Dutch city of Helmond, where three test complexes were built in 1975, which later got completed with 18 others in 1977. The Rotterdam cube houses only got built in 1982, due to delays caused by financial difficulties.

The cube houses are situated next to the Rotterdam Blaak subway and train station, an area still going through a lot of changes, where new buildings are still being constructed. The whole cube house site is in fact constructed as part of a pedestrian bridge, crossing a highly trafficked road. In fact, the original inspiration to the idea was coming from the famous Ponte Vecchio in Florence, Italy. The first version of the plan included 78 small cubes, but the final version at the end consists of 38 block houses and two so-called “super-cubes”. All pieces are attached to each other, creating a unison structure. 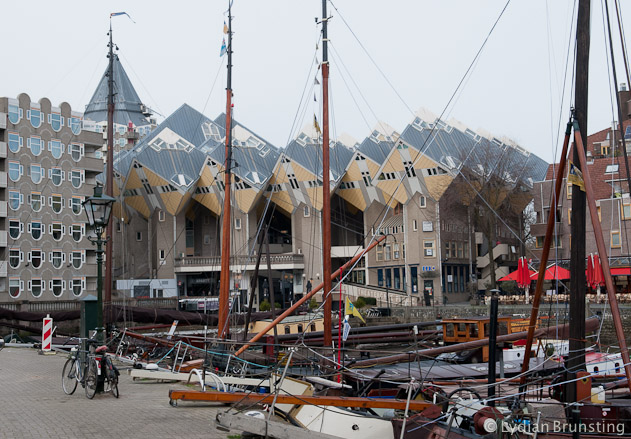 The architect Piet Blom‘s idea was to create a structure resembling a forest, where each cube would represent a tree and they together would resemble the forest. In fact, if you’re looking at it from the harbour-side with the best views on offer, it is striking how similar it is to the impression of a wooden patch of land with yellow tree tops. 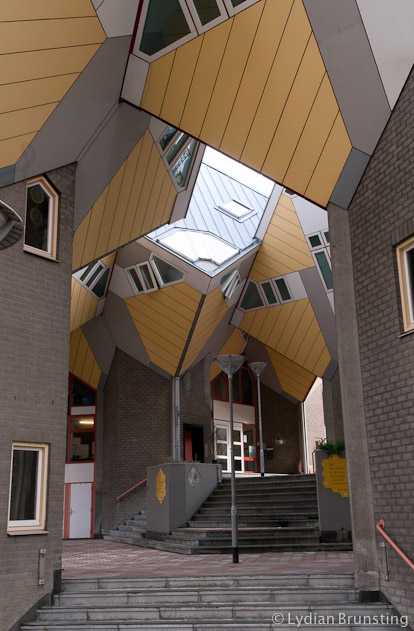 Wandering around underneath the house complex is a really fun experience. What is even more fascinating how they look like from the inside. Each cube resembles of a tree-hut where you live in the tree-top, which you access through the trunk. Each trunk is hexagon-shaped, confining a storage room and a staircase that leads up the actual cube.  The cube looks like it would be tilted and the walls do indeed lean with a 55 degrees angle. Each cube accommodates three floors, where the lower floor is the living space, with a surface of a triangle. All furniture in the houses are purpose-built, thus there’s really no need to go to IKEA in this case. The intermediate floor accommodates two bedrooms and the top floor is kind of the cherry-on-the-cake, a three-sided pyramid with windows all around. Sounds nice? It really is, with great views. 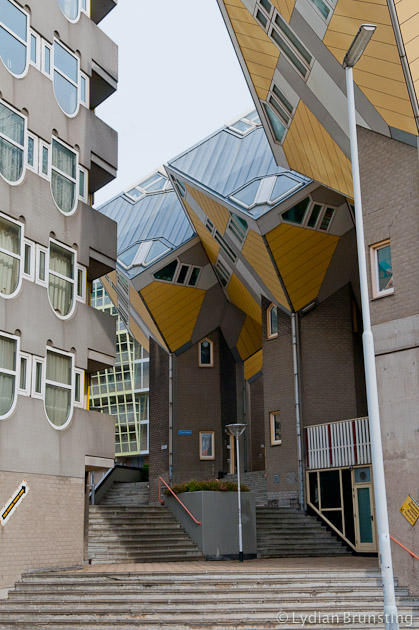 If you would like to see it for yourself, it’s actually possible for the meager fee of 3 Euros (daily 11am-5pm, in January-February only during the weekend). Since the traffic through the maze of the cubes is high, one of the owners decided to convert it into a cube-house museum. And there’s more, since 2009 you can actually stay in one of the larger cubes, which these days works as a hostel under the Dutch Stayokay chain’s care. 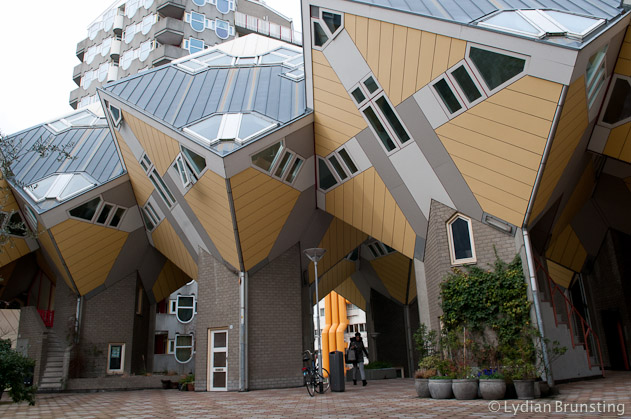 What other fun architectural wonders pop to your mind that remind you of the cube houses of Rotterdam? Let us know, we’re happy to feature it.

Our other articles about Rotterdam: