Now we don’t want to start too dramatic, but we will all have to face it one day, the end of life. Be it the life of our loved ones, that of people we care about, or the end of our own lifes. One day that moment to say goodbye will just come, unfortunately for some sooner than for others. 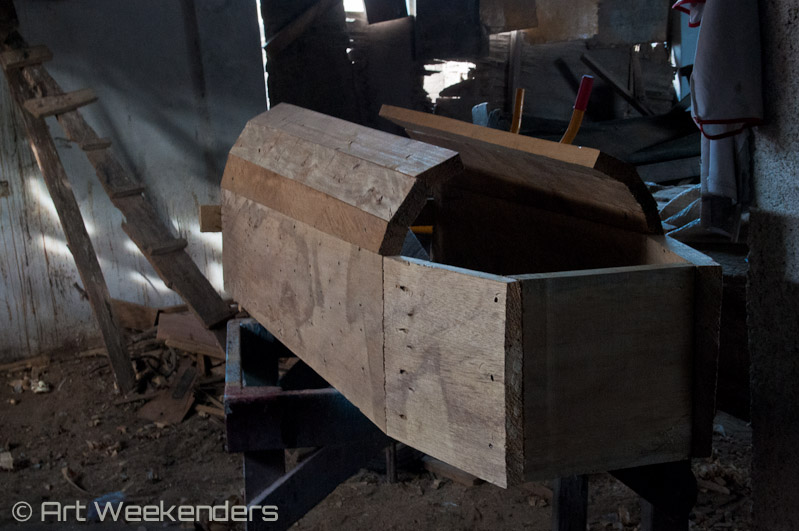 We are not sure how funerals are arranged in your country, but in Ghana this can at times be quite special, as we saw during our visit there earlier this year. Not only are funerals more likely to turn into a big celebration of the life of the deceased with loads of dancing, parades and music. In some cases the coffins the deceased are buried in are unique pieces of art, showing some very skilled craftsmanship. It is not for nothing that they are more often referred to as ‘fantasy coffins’. 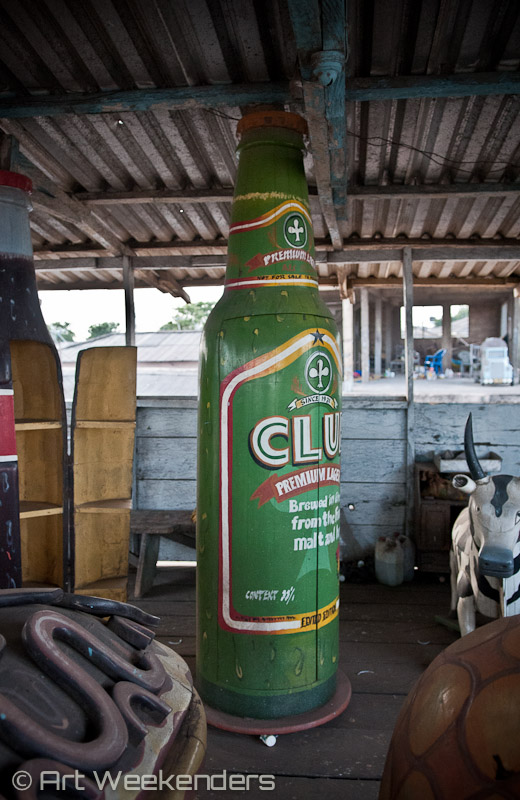 The burrying of people in the so-called fantasy coffins was initially mainly a custom of the Ga-people – an ethnic group from the southern Accra region -. Since the mid of the 20th century Christians also started to use the fantasy coffins. Even Westerners are said to have bought these coffins. We expect this is more as a collectors item than anything else though. 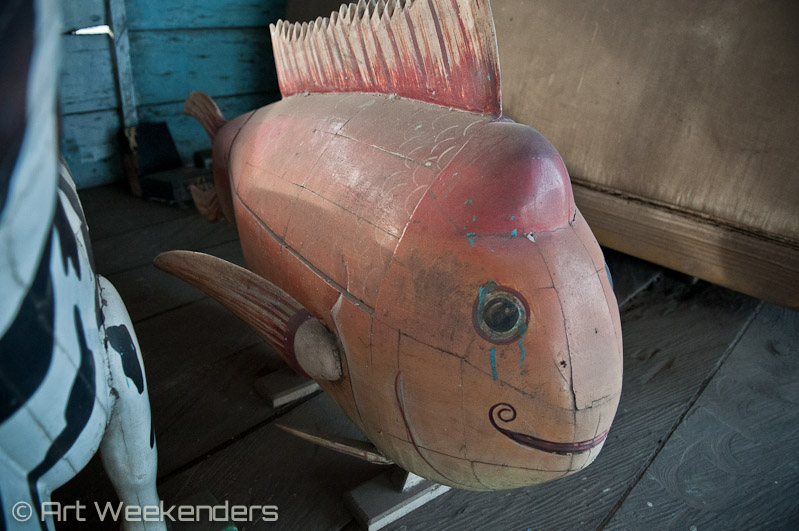 You may wonder what triggers a person to be buried in either a fish, a camera or something totally different. Although called fantasy coffins it’s not just fantasy that dictates the design of a coffin. The fantasy coffins often represent the profession of the deceased during his or her life. Thus, a shoemaker might get buried in a shoe. A bartender might go underground in a beer-bottle and a photographer might get this coffin for example: 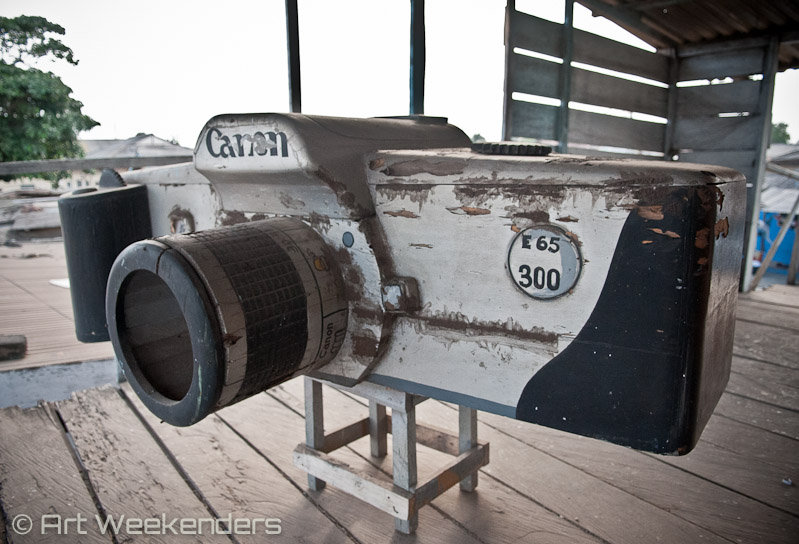 A camera coffin for a photographer

In case of higher or more important positions in society a person might – instead of its profession – get a coffin in the shape of one of the traditional symbols related to power, like a lion, a sword or an eagle instead. At the end all depends on what the  family will decide as soon as time is there. 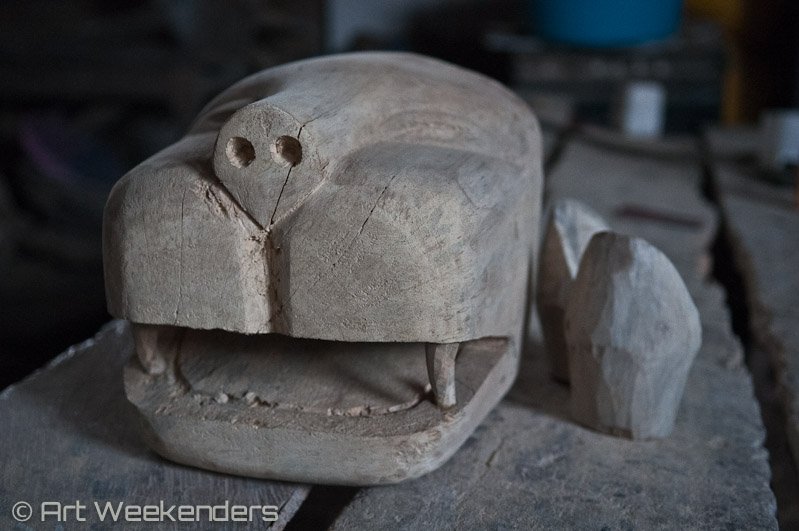 Preparations for a Lion coffin

As all coffins are handmade you can imagine that making these costs a lot of time. Generally speaking it can take up from two weeks up to three months before a coffin is fully finished, depending on the size, shape, complexity of the structure and the experience of the carpenter. 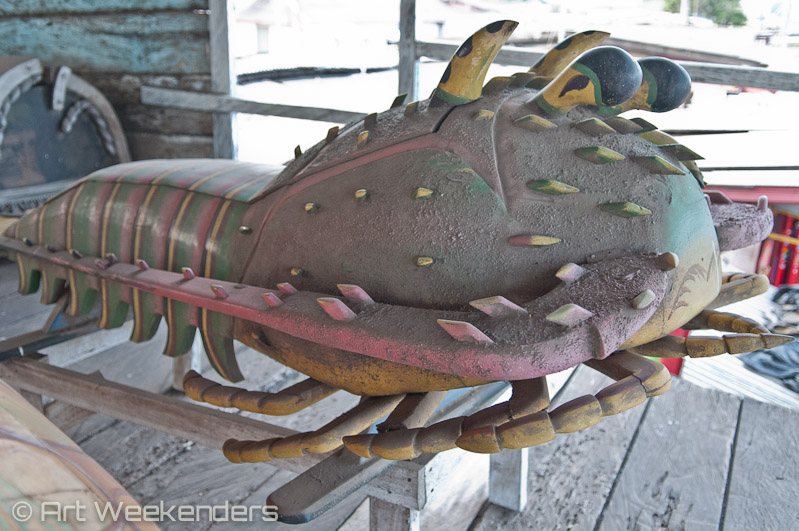 One of the best known coffin artists is Paa Joe (born 1947) , who was an apprentice of Kane Kwei (1924-1992), the first one to craft coffins of this kind. The coffins of Paa Joe have made it to various museums worldwide already, including the British Museum. It is even said that two American presidents paid him a visit for his coffins.

Obviously Paa Joe is not the only maker of fantasy coffins. One of the other renown fantasy coffin makers is Daniel Mensah (1968), who we visited at his workshop ‘Hello Coffin Design’ in Teshie, one of the Greater Accra Region’s districts. 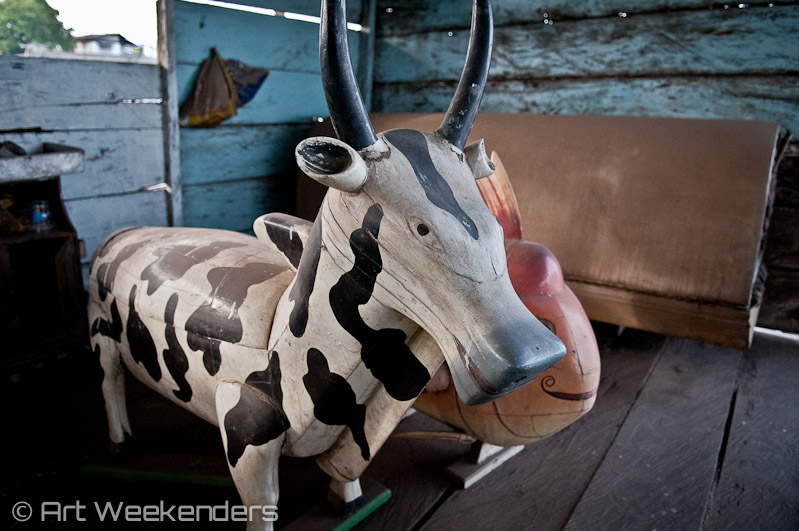 After having been an apprentice of Paa Joe for a number of years, Daniel started his own workshop. Here a new generation of coffin makers is learning the craft from him. Daniel also made it to various museums worldwide, something we were not surprised by given the skillful work we have seen of him.

Like to visit Mr. Mensah’s workshop in Ghana too? You can either try to find the workshop in Teshie yourself, or ask a local guide. We visited the workshop with the friendly Charles Sablah of Ghana Nima tour . Keep in mind, that it’s not a museum you’re visiting, but people actually working. 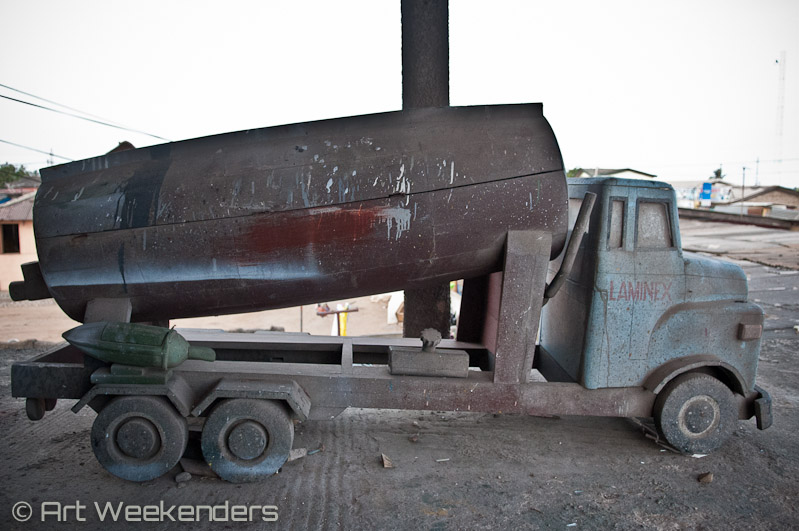 If you are interested to admire fantasy coffins, but have no possibility to travel to Ghana, you might be able to find the fantasy coffins in various museums around the world.

In 2016 the Bristol Museum shows a number of them during the exhibition Death: The Human Experience.

In addition, in 2015 a documentary about Paa Joe, called Paa Joe & The Lion, was released.