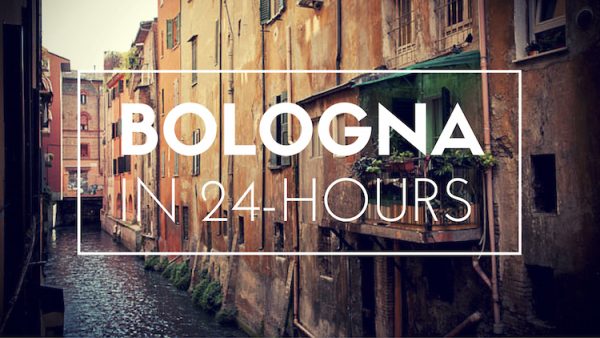 We admit it. Twenty-four hours in the beautiful medieval city of Bologna is hardly enough to get to know the city well. Yet, we’re also happy to tell you, that when you have this limited amount of time only, you can actually get quite a good feel for the city. Just wander around the old city centre and absorb the atmosphere around you. Because that is exactly what we did, when we were in town just to catch our flight back from the TBDI (Travel Blogger Destination Italy Event) in Rimini.

Here’s our visual impression of our 24-hours visit to this charming Italian city in 24 pictures. 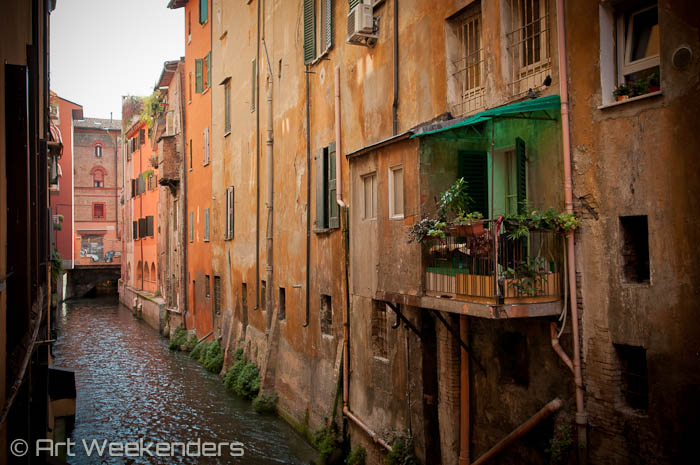 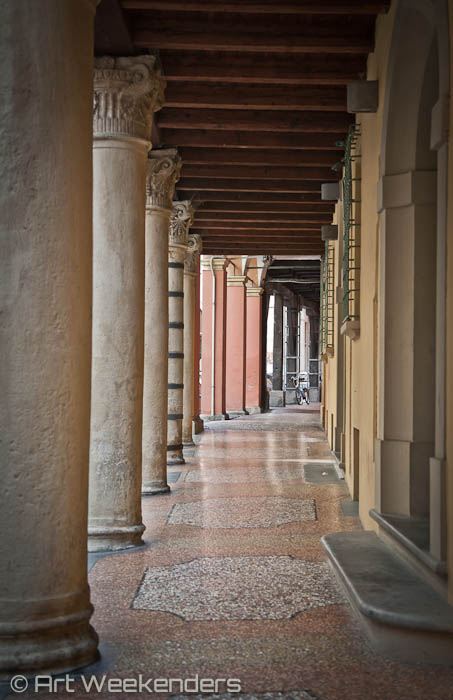 Bologna has numerous of these type of arcades. Perfect to hide from the rain or the sun. 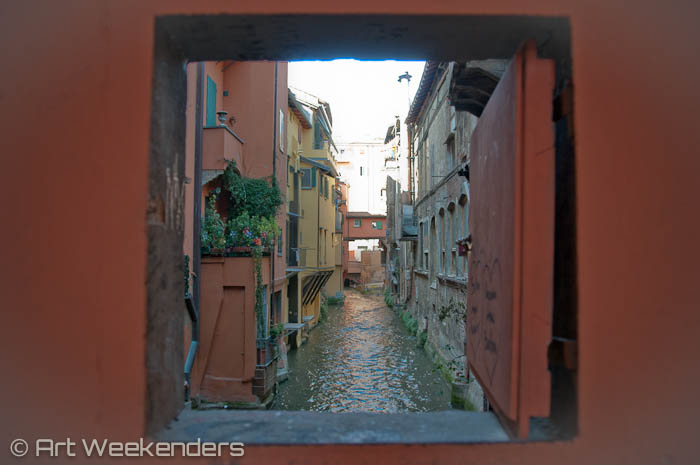 The window on Via Piella through which you can see one of the hidden canals of Bologna , Italy. 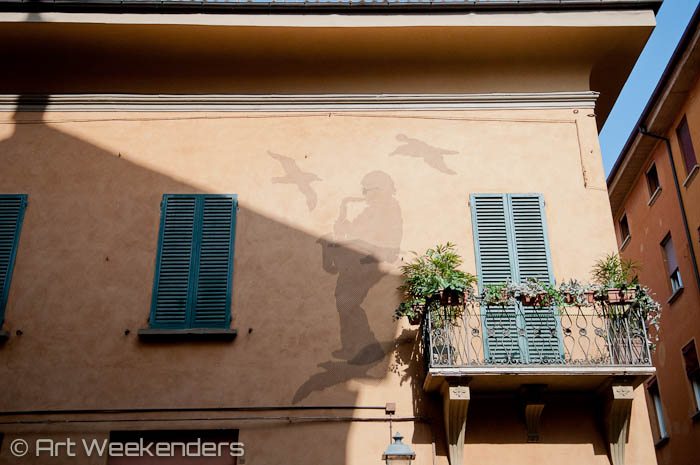 Mural of the Italian musician and actor Lucio Dalla, who passed away in 2012.

The fountain of Neptune on the Piazza Nettuno in Bologna, Italy. 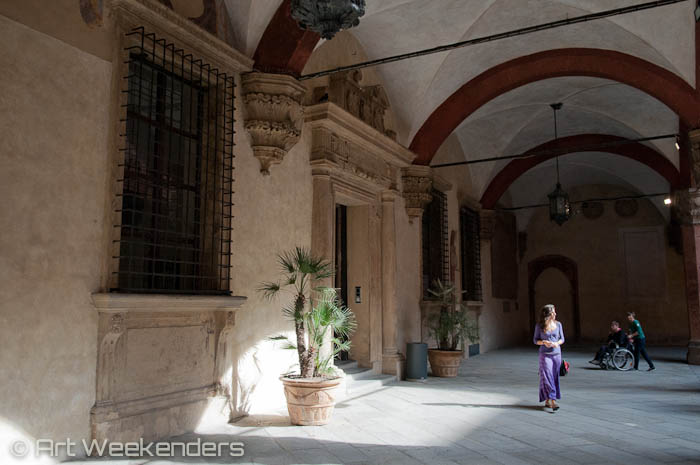 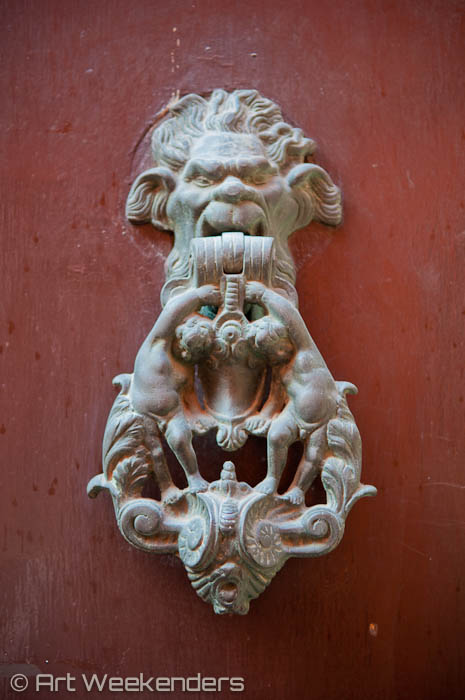 Even Bologna’s door knockers are in style. 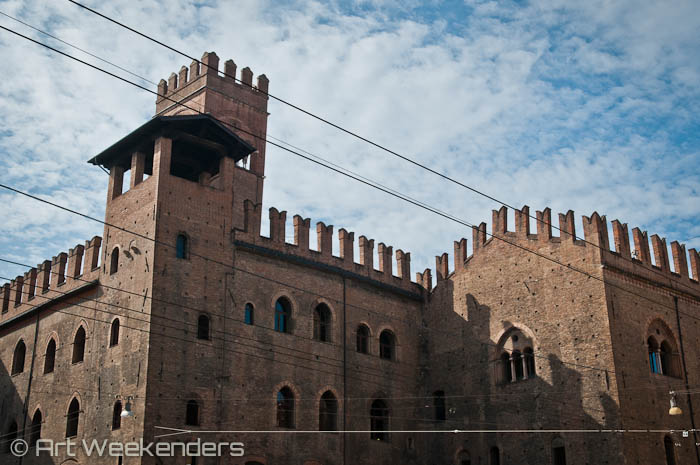 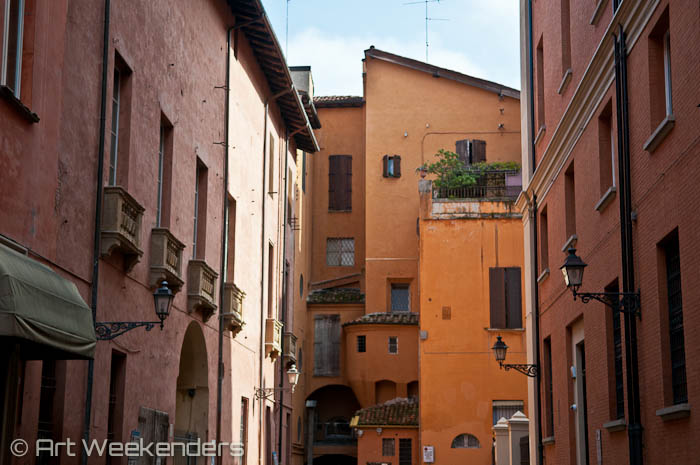 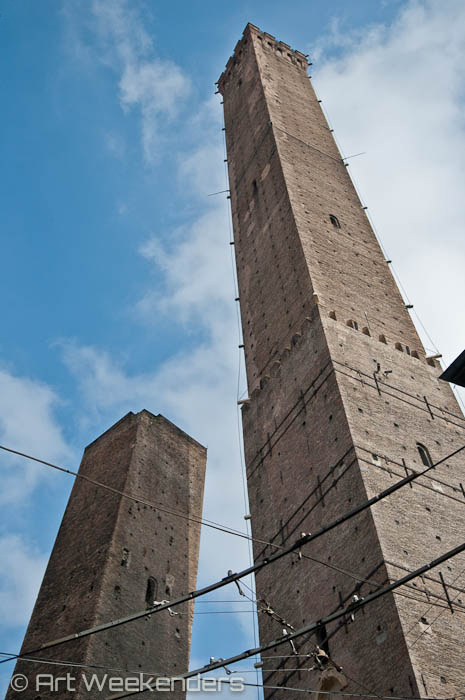 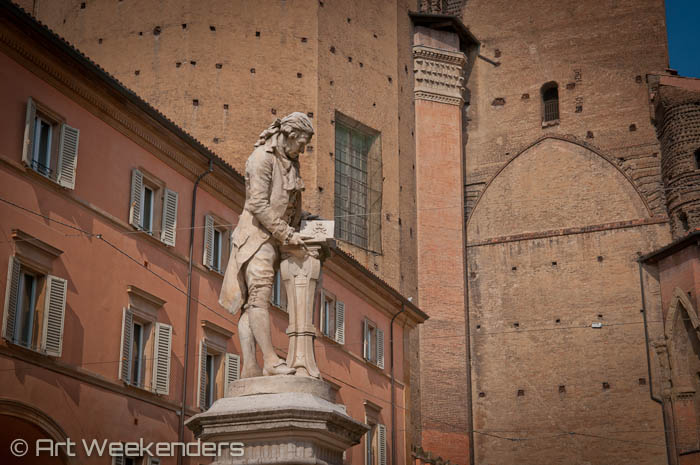 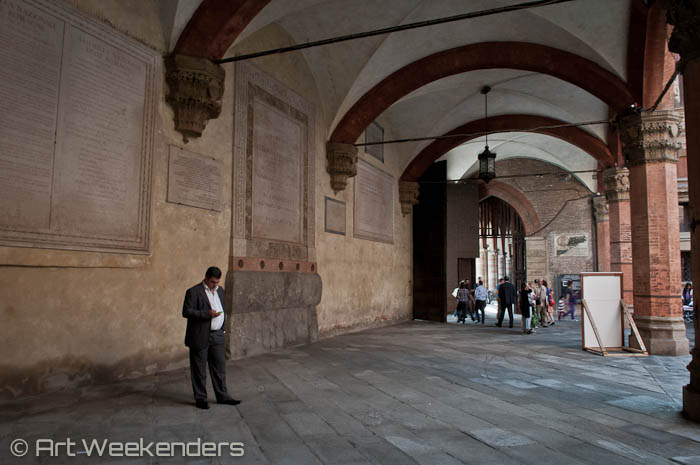 The modern version of Luigi Galvani? 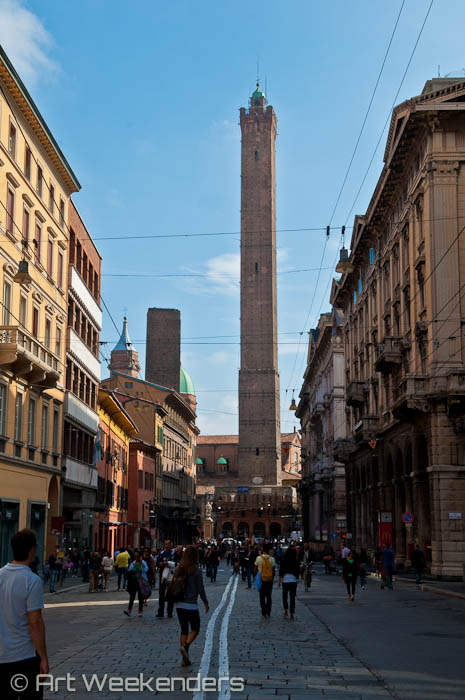 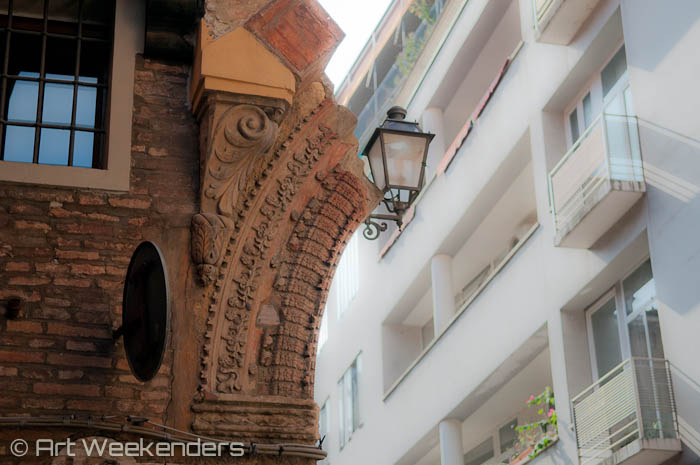 Mixing the old and the new in Bologna, Italy 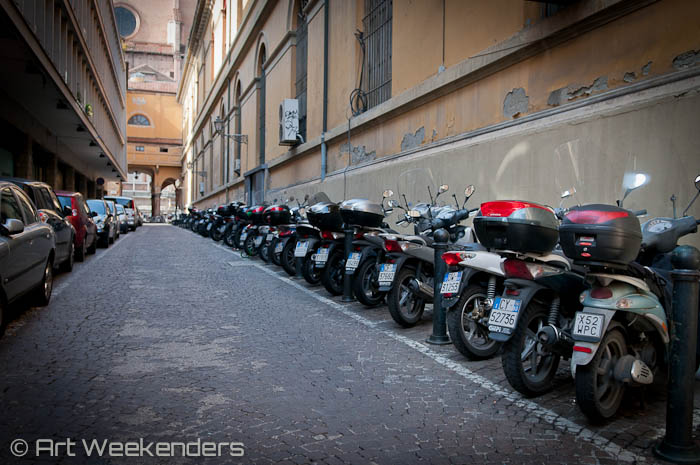 In every Italian city you will see thousands of scooters and motorcycle. Bologna is no different. 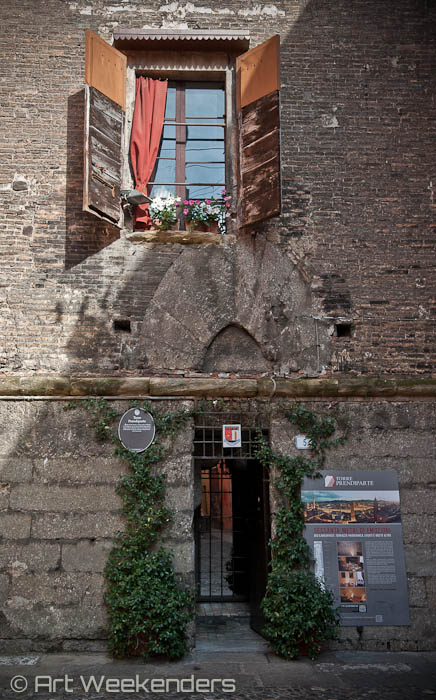 The entrance to Torre Prendiparte in Bologna, Italy 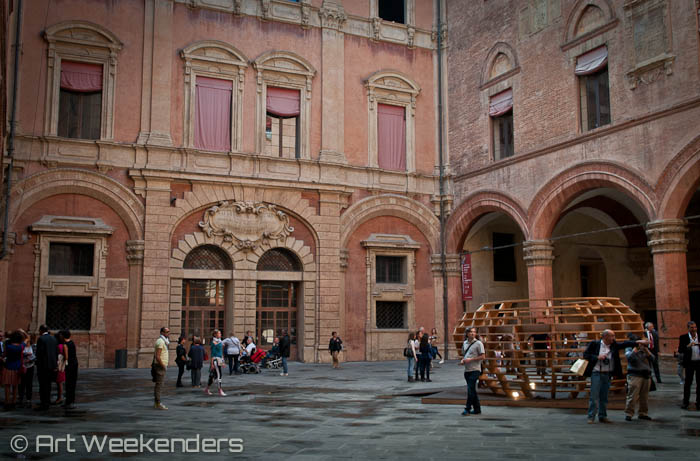 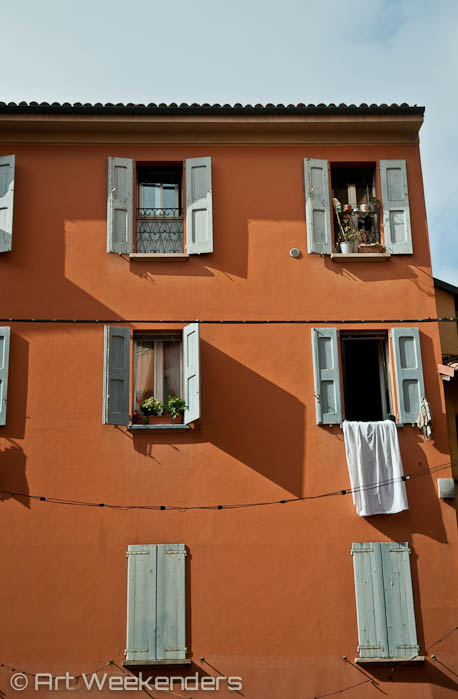 Don’t forget to look up while wandering around. There are some hidden treasures high up, like this hidden fresco. 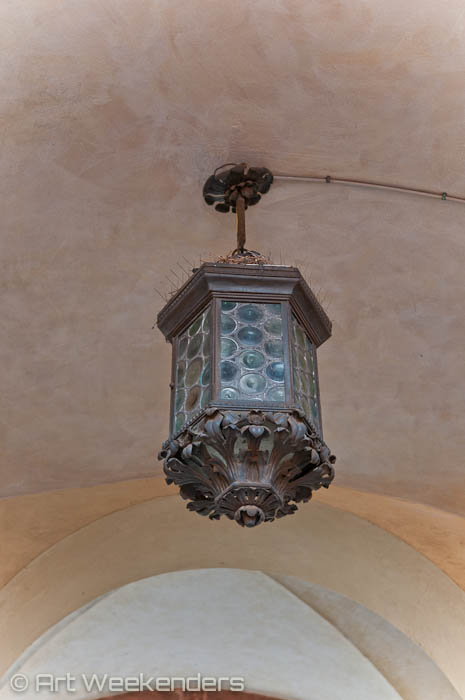 Even the design of the lamps hanging in Bologna’s streets is thought of. 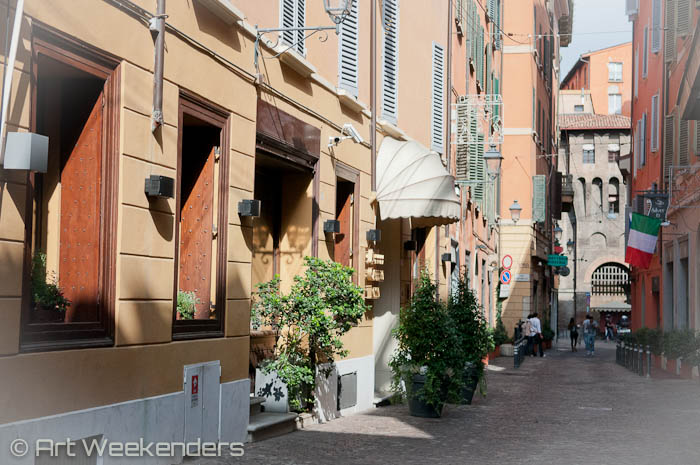 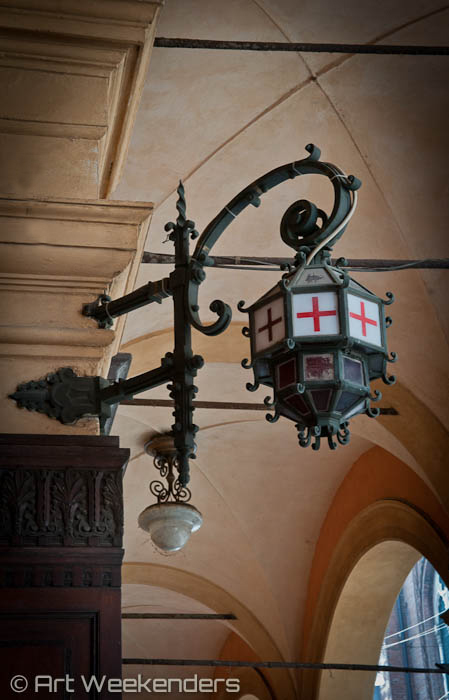 The sign of a pharmacy in Bologna’s historical city centre. 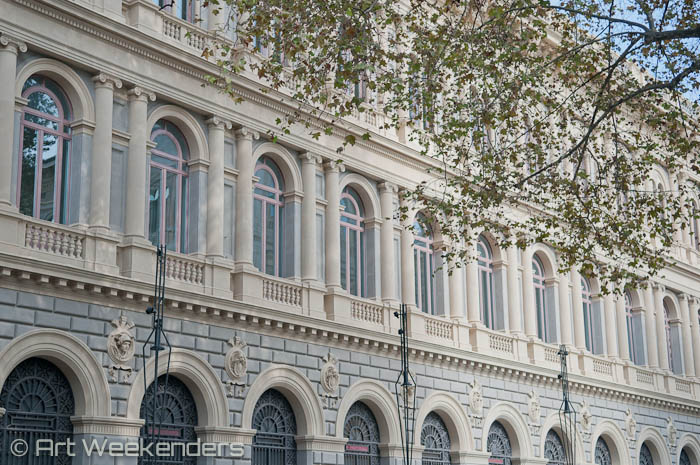 A different type of architecture in Bologna, Italy. 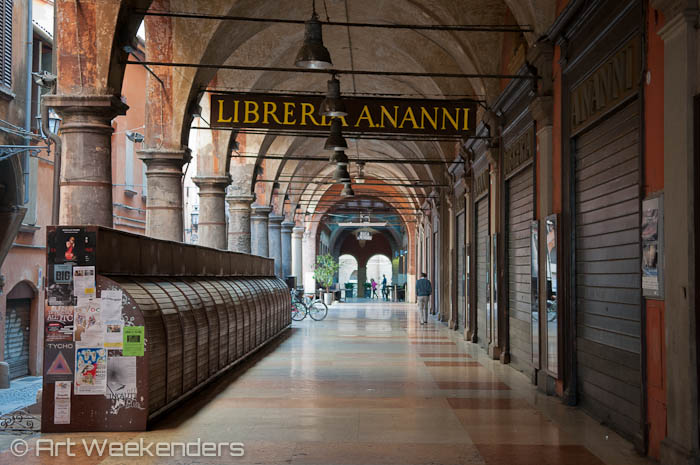 Have you ever been to Bologna? Did you find the city as atmospheric as we did?

For more impressions of our 24 hours in Bologna, check also our street art post.