There’s one central Stockholm borough with a more upscale reputation than all others combined: Östermalm.

It’s not so strange: it’s here the Swedish royalties are hanging out in their youth, living the high life in the bars and clubs in this area with their friends. But the area is certainly not only for royalties, the large part of the capital’s nightlife takes place here, within the few blocks around Stureplan. Also a good part of the well-off Swedes live here in Östermalm; some of the most expensive real-estate in the country is clustered here on Strandvägen and a few streets behind. These are just some of the many telling signs from the area of the affluent lifestyle of Stockholmers, the stereotypical reputation envied by many, but also loathed by a few. And all in all, it’s pleasant here. 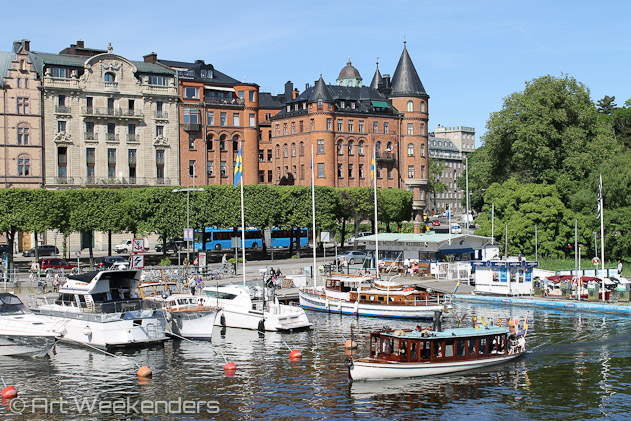 People watching and other pastimes

There’s a lot going on in Östermalm, be assured of that.

Östermalm is a borough with urban boulevards and rich architecture, mostly from the nineteenth century, making a stroll around its streets a pleasure, not to mention the people-watching aspect of it. You’ll find enough of this pastime, yuppies (yes, they still exist in Sweden), old ladies with blue hair or just the young and beautiful who like to hang out in the numerous bars and clubs around Stureplan. Two of the most reputed universities of the country, the campuses of Stockholm University and the Royal Institute of Technology are also here, making sure the area will stay vibrant, while maintaining a slightly posh vibe. 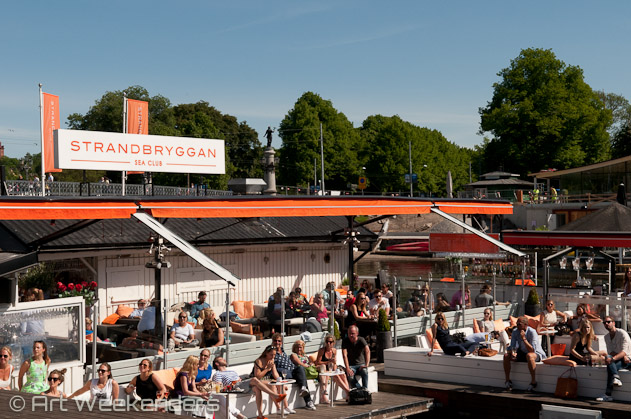 The capital’s only tram line passes through the outskirts of the borough, taking you to the island of Djurgården, which officially belongs to it, but usually considered a separate entity. While the tram takes you to Djurgården along Strandvägen, on your right you will have the waterfront from where you can take ferries to other parts of the city and out to the archipelago. If you are not on your way anywhere, you can simply just hang out here, watching the seafront traffic with the gigantic Baltic ferries and cruise ships.

Outside the buzzing centre

The eastern end of the Östermalm borough is likely going to fall outside your regular walking route, since this is mainly a non-urban part of the city. However, off the map as it might seem, it’s quite likely that you might visit one of the many museums located here, like the Ethnography Museum, the Science and Technology Museum or the Maritime Museum. And not only museums: here you’ll find one of the Stockholm landmarks, the Kaknästornet, the 155 metre tall TV-tower. 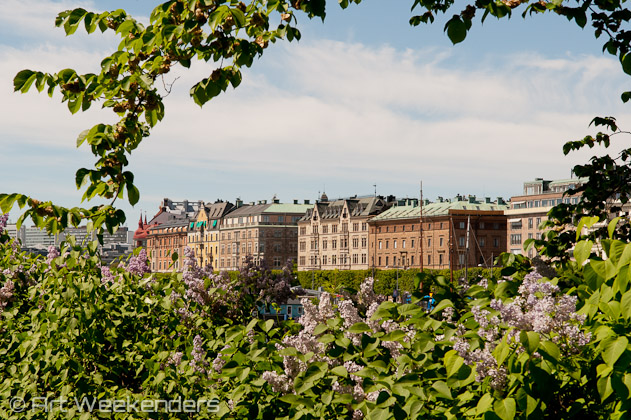 From an art point of view, the main attraction in this part of town is ‘Magasin 3’. Founded in 1987 and located in a former warehouse in the old Freeport district, the large exhibition space of Magasin 3 houses major shows by international artists, often presenting new works. Its motto is “hard to find, easy to love”, but if you’re coming in summertime don’t even bother looking, you will always find it closed. Sweden takes its summer seriously.

Östermalm has also many art galleries. Sturegatan and Karlavägen are the two streets dominating the gallery scene, one of the more renowned ones being the Lars Bohman Gallery (Karlavägen 16 and Sturegatan 36). Designgalleriet on Odengatan 21 is a gallery that displays fashion, arts and crafts. Every month a new designer or design group is invited to exhibit their work here.

As a visitor it’s quite likely that you’ll find your base in Östermalm. Far from strange, many hotels are to be found in the area and restaurants – catering mainly to a fat-walleted clientele – are plentiful with many culinary highlights.

Another leisurely daytime highlight of the area is ‘Östermalms Saluhall’, the market hall in the centre of the area, housed in an 1880’s brick building. The food you can buy here is of outstanding quality, both for taking out or to eat at one of the stalls – and quality comes with a price. It’s not cheap, but well worth it. 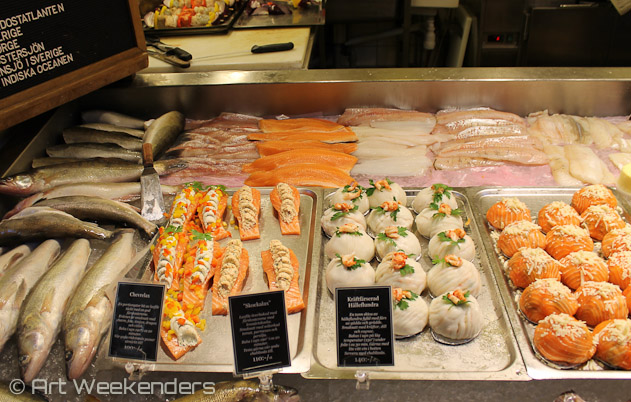 If you get tired, one of the more exciting stops you can make is a visit to Sturebadet, just remember that it won’t come cheap. You can find more information about it here.

The choices for dining and wining are numerous, but again, you’ll need to remember that this is an affluent area so it’s not really for bargain hunters. For Fridays and Saturdays you should likely make reservations, while on Sundays many restaurants in the city actually keep closed. Just so you know.

We are adding new content about Stockholm and many other destinations to the website regularly. To stay on top of new stories and information about what is going on around the world, please follow us on Facebook, Twitter or Google Plus. Shortly we are also launching our newsletter with stories, special offers and previews of upcoming events from around the world of art and culture: please subscribe here.